For the past 15 years, I played host to a science/career fair aimed at introducing STEM careers to young girls in 8th and 9th grade. Year after year, I listened as the same stats were repeated by head of colleges and industry leaders (I am aware these are North American statistics):

Today, at Montreal’s leading engineering school, Polytechnique de Montreal, part of University of Montreal, the number of enrolled female students is only 28% (approximately).

Remember that the average attrition in engineering is 30%.

Now try and guess what the percentage was about 15 years ago, around the time I graduated… more or less 20% and 10% in Computer Engineering (my major)!. There is progress, don’t  get me wrong, but there is so much more that can be done.

We said we would talk about myths, didn’t we? If we’re being honest, when is the last time one of your girl friends said: “well, you know me and math!” or my favorite “well, obviously she can’t parallel park, spatial awareness dude!” SIGH. These are the things we must put an end to if we are to keep girls in STEM and have them become the women we so cruelly need in TECH.

Myth #1: Boys are better at math than women? Not really!

Meta-analysis studies consistently show that girls and boys are, on average, much more similar than they are different across a range of skills. For instance,  according to the results of 100 studies of gender differences in mathematics that tested more than three million people, girls outperform boys overall in primary school, there is no difference in secondary school and there is only a very slight and inconsistent male advantage for complex problem solving.(https://www.theguardian.com/science/head-quarters/2018/mar/08/bridging-the-gender-gap-why-do-so-few-girls-study-stem-subjects)

Myth #2: Boys have better spatial awareness than girls? Maybe, but it doesn’t make a better engineer!

Biological explanations tend to rely on the fact that boys are better at spatial tasks while girls are better at verbal recall tasks. However, these differences are very small and their link to STEM ability is tenuous. (https://www.theguardian.com/science/head-quarters/2018/mar/08/bridging-the-gender-gap-why-do-so-few-girls-study-stem-subjects)

Myth #3: Women are generally more preoccupied with people’s well being? If you were brought up to be, so would you!

I stumbled on this ABC News tidbit that discussed how little girls were less likely to give an honest opinion than little boys when presented with bad lemonade (https://abcnews.go.com/2020/story?id=123726&page=1). They will lie about salty lemonade because they are being taught to be nice! Isn’t that crazy? Now that we know this, can anyone honestly wonder why women tend to be nicer and gentler than men? We are brought up from our earliest age to be nicer, because we are women, it’s a catch 22! To reassure everyone, I am an engineer and I realize this is anecdotal at best, but still pretty telling!

The question then becomes what do we need to do to win this battle?

More programs to encourage women to go in STEM? More activities to introduce girls to STEM related careers and activities? What I suggest is much easier and harder than that and it begins at home and at daycare. It starts with educators and parents passing along the message that being into STEM is fun! It starts with parents buying the robot Legos for their daughter that is into Legos even though they don’t come in pink and purple. It starts by not stopping at the fact that the kid on the tool box toy is a boy or the kids science magazine has a dump truck on the cover.

Objectively everyone agrees to this, but experiments such as Baby X completed in 1975 and repeated later in 1980 (https://scicurious.scientopia.org/2011/03/09/baby-boy-baby-girl-baby-x/) prove that most of us will push children towards gender specific roles and activities early on.  Just to be painfully clear, this experiment recorded by the BBC in 2017 confirms that this isn’t something from the distant past. Don’t get me wrong, girls can be into princesses and want to play mommy; you shouldn’t stop them from doing these things. However, there are stereotypes that shape and mold people in such a fashion that the course cannot be “corrected” later on. A white rose can grow to be any color provided I put enough food coloring in the water, right? The nature of things is one thing, but our social constructs are very real.

Thankfully, the mold is broken every day and we transcend expectations, but imagine how powerful taking away a STEM toy from a little girl can be when you think about it that way. Imagine the repercussions in terms of career interests and life in general. Even worse, imagine limiting her options and shaping her future for her like you would do with what you assume she wants to play with… Mind blown!

Let’s stop worrying about what toys say about sexual orientation and preference and let them express the creativity and joy they were built for!

As parents, we want children to express themselves and find their voices; let’s let them! Let them be who they are and give them the tools to be strong and proud of what and who they are. We worry about so much, yet it feels like we don’t worry about the right things. I know parents that struggle because their daughter is “very” much into boy things and doesn’t like wearing dresses and only plays with cars. These parents are not Baby Boomers, they are not GenXers, they were born between 1979 and 1985. What they fear is a hard life for their children, a struggle to fit it and be accepted. I offer, it’s easier to be accepted when you are exactly who you are and earn on average 30% more ;). It’s like taking the high road, and being able to afford a first class ticket.

At the end of the day, this Tech Mamma wants parents to leave with this message:

We are the guardians of the Myths and we have the power to destroy them! Encourage your daughters to play with ALL the toys, especially the ones that will lead to interesting and challenging careers in STEM (seriously, they don’t have to be pink). Early exposure is the best way to peek curiosity and give children options.

Watch our COFFEE BREAK episode: Women in Tech featuring Nataly here to find out more about her background and hear her inspiring words for all young women out there who fear being different. 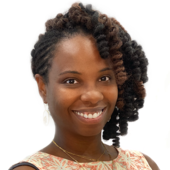 Nataly has almost a lifetime of experience in consulting and implementing cloud solutions. As a Computer Engineering graduate, she has led and participated in many implementation, support and training projects, contributing to the continuous improvement of her customers. Nataly is also very functional as she is knowledgeable in assisting clients seeking to grow their business through governance review, restructuring, cost and process management. Her ability to quickly understand her customers’ needs has made her a great addition to all the…

When to Invest in Rebranding Your Organization

Contact us
PrevPrevious postThe Art of Delegation, Part Two: Three Simple Rules
Next postWhat do you know about Cloud ERP?Next

How does your organization stack up?

Get my free assessment

Since 2014, Big Bang consultants have helped business leaders make the move to the cloud, and organizations optimize their business operations to align their growing businesses worldwide, whenever needed. Leaders are enabled to make better, faster and more precise decisions that impact the entire company.

Digital transformation, we got it.

Become the master of your organization’s business systems – without a headache.

Become the master of your organization’s business systems – without a headache.

Why are you contacting us today?

Not sure? Get in touch with an expert

Applying for a job or internship

Exploring the life of a consultant

Not sure? Get in touch with an expert